Design engineer, Thomas Houlihan, explains the thrill of classic car rallies and talks about his preparations for the Yangtze Delta Classic Rally in China 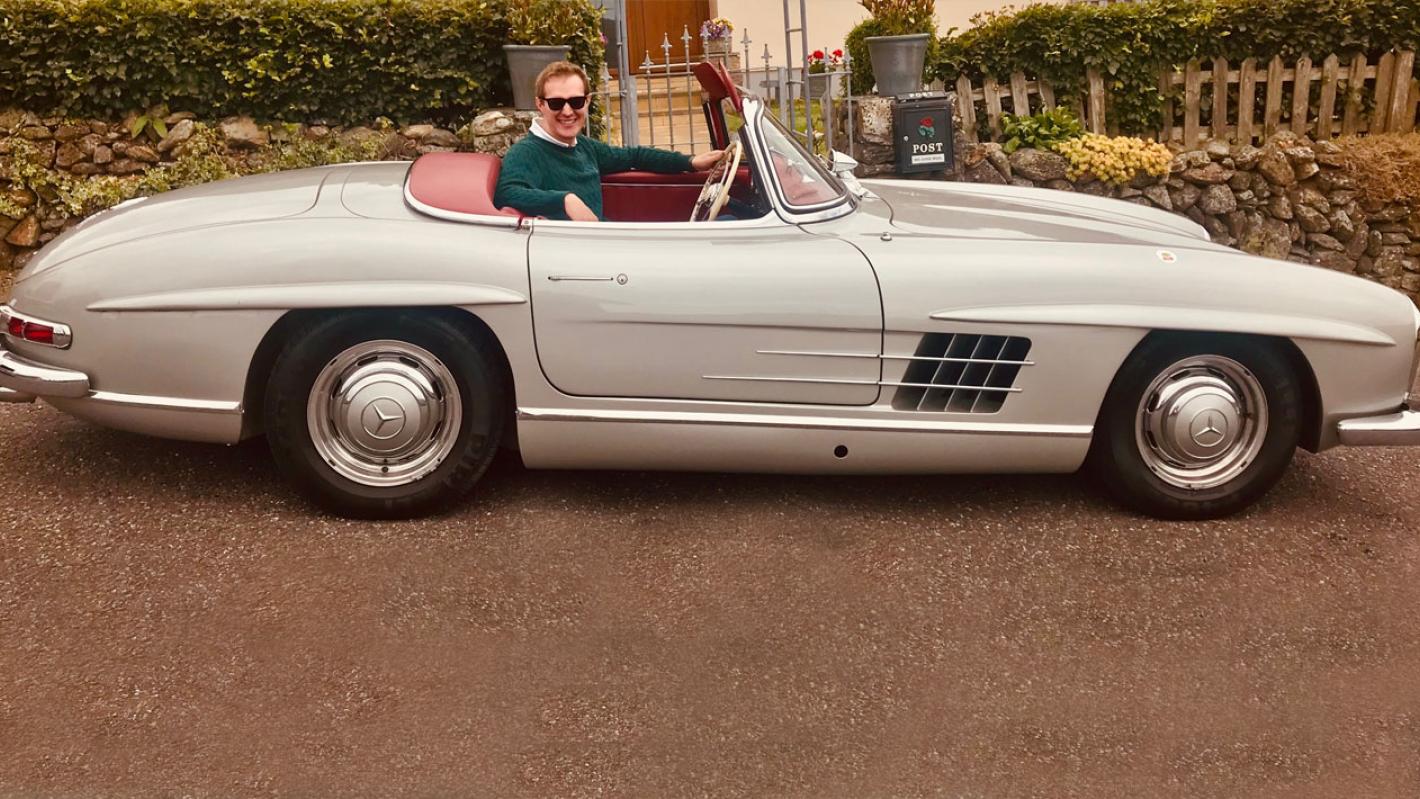 The 1963 Jaguar E type Series 1 convertible Thomas will be driving in the Yangtze Delta Classic Rally. 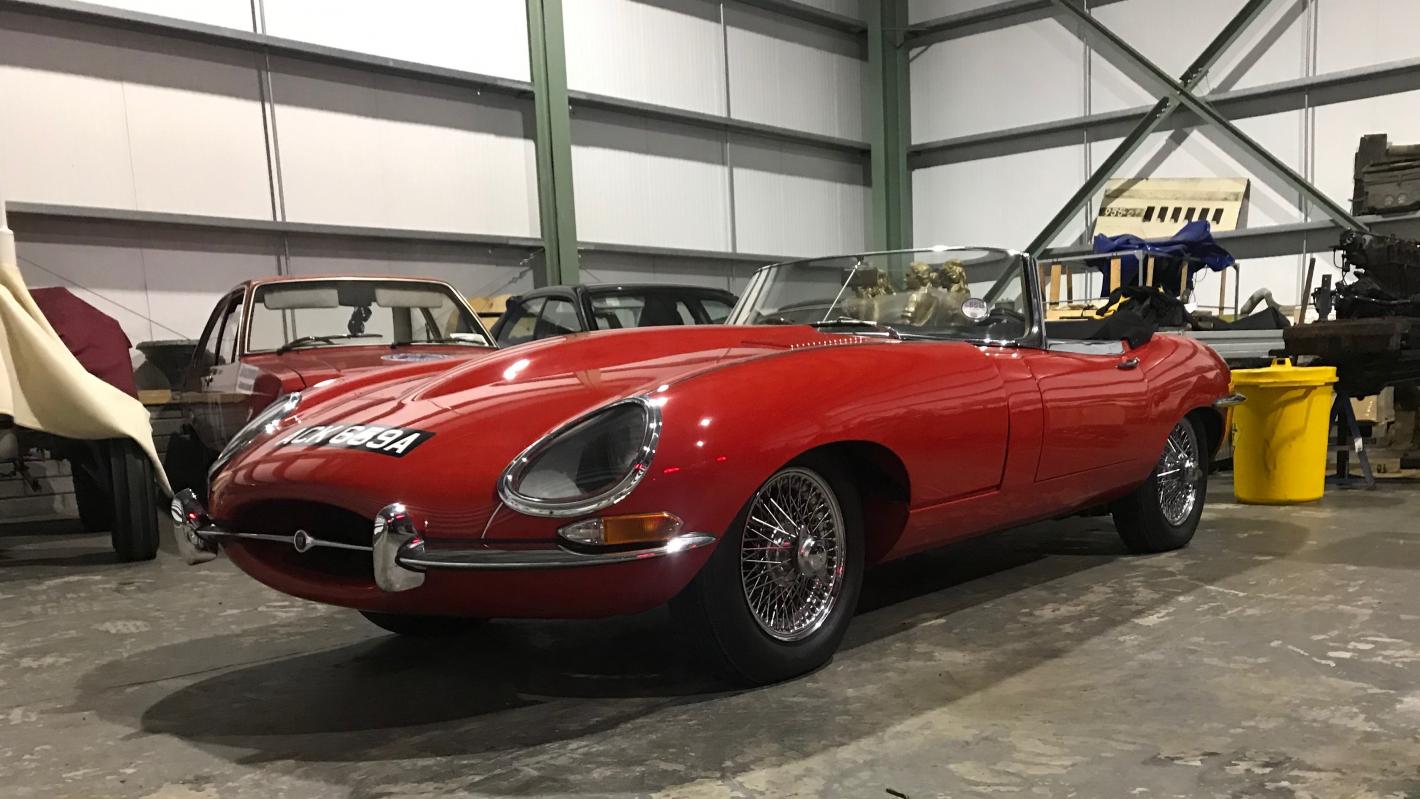 What is the Yangtze Delta Classic Rally?

The Yangtze Classic Rally is a ten-day vintage car rally taking place in the Yangtze River Delta region of China.

On 17 September, 50 two-person teams from around the world will get behind the wheels of their Bentleys, classic Mercedes, Porsches, Steve-McQueen-style Mustangs, Jaguars and Alfa Romeos to participate in the event.

The rally will depart from Shanghai and pass through Zhejiang, Anhui and Jiangsu provinces. The total journey is about 1000 kilometers.

Where does your interest in classic cars come from?

I’ve always been interested in cars, but I am particularly fascinated by the history of classic and vintage cars.

I enjoy reading about the lives of famous racing drivers, including Tim Berkins, Stirling Moss and Tazio Nuvolari, and researching the racing history of Bentley and Jaguar in the 24hour of Le Mans, and Alfa Romeo and Mercedes in the Mille Miglia.

My cousin has built up a fabulous collection of rare, vintage and classic cars, several of which are identical to the models that have won some of the most prestigious races in the world. He generously allows me to not only drive his cars but to use them in competitions in Ireland and around the world.

What car will you be driving?

I will be driving a 1963 Jaguar E-type Series 1 Roadster, which was first launched at the Geneva Motor Show in March 1961.  Enzo Ferrari has described it as the most beautiful car ever made, and many people regard it as perfect from every angle.

The E-Type was based on Jaguar's D-Type racing car, which won the 24 Hours of Le Mans for three consecutive years beginning in 1955. It was designed as a road going version rather than a complete race car and, as a result, it possesses the raw racing power of the D-Type, and several of the creature comforts typically found in the high-end sports cars of the period.

Is this your first foreign rally?

This is my first foreign rally.  I have, however, participated in two vintage car rallies in Ireland this year.  In fact, I achieved 1st in my class and 2nd overall in IVVCC Gordon Bennett International Rally.  I finished only four seconds behind the winner.

What type of people do you meet on a classic car rally?

Fellow competitors are generally an engaging, eclectic group of people brought together by a shared sense of fun and a real desire to follow their dreams. Many have retired after successful careers and have sensational car collections.

The teams are generally made up of husbands and wives who enjoy the feeling of the wind in their hair as they meander through the countryside.

There is usually plenty of time for chat and banter between regularities (stages), and the people you meet often have extraordinary stories to tell about their experiences in both rallying and business.

How long have you been preparing for the rally?

I started preparing the car for the rally in June when my application for entry was accepted.

The car had not been driven in four years because of an issue with the brakes.  To rectify the problem, I installed new stainless-steel brake calipers and pistons. Interestingly, Jaguar was the first manufacturer to install disc brakes in their cars in the late 50’s.

I've made very few other alterations to the car because old vintage and classic cars must be kept authentic and original if they are to retain their value. The most valuable collector cars are those that are exactly as they were when they left the factory.

Have you been studying the terrain?

I can’t pretend to have spent much time studying the terrain and preparing for the competition side of the rally. My plan is to take a more relaxed approach, and I am hoping to enjoy the scenery and all that the rally has to offer.

My competitive instinct may, however, get the better of me once I get behind the wheel of the Jag, but as the maps are only circulated one hour before the start time each morning, there is a good chance that I will be spending more time socialising rather than in my hotel room studying.

Who is your co-driver and what tasks will she have?

My co-driver/navigator is my partner, Edel, who is the daughter of the Irish National Rally champion, Stephen Murphy.  Edel is very sharp when it comes to navigation, and she really enjoys the competitive element of the event.  She also loves the smell of the petrol, the wind in her hair - not to mention the hotel breaks that are part of rallying.

In addition to map reading, Edel will keep track and interpret the tulips (navigation notes) and manage the stopwatch to ensure we are in the right place at the right time.

How will you keep your car competitive on the rally?

While support and logistics groups will be available to assist participants, you are expected to carry out regular maintenance on your own car and stock important spare parts, such as an ignition coil; distributor cap; rotor arm; spark plug leads; spark plugs; brakes hoses; brake fluid; and a spare wheel.

The beauty of classic car rallying is that it is a relaxed, competitive, social event. Unlike typical rallying, you compete at moderate speeds, and you are encouraged to enjoy coffee stops in the beautiful towns and villages along the route. The average speed in most vintage rallies is between 40 and 50 km/h.

What will be your biggest challenge?

I think that the biggest challenge will be interpreting the road book.  When you are in the middle of a regularity (stage) and under time pressure, figuring out the English translation of the instructions could prove tricky.

Not knowing the area or the types of road we will be travelling could also be problematic.  And, of course, I can’t imagine the Chinese signposts will be easy to read either.

What will you do if you get lost or the car breaks down?

If we get lost, we’ll use Google maps to help us navigate back to our hotel or to the next stopping point. If we break down, I’ll try to repair the car, and if I can’t repair it, the maintenance crew following the rally will either get us back on the road or tow the car back to the hotel.

How can you win the rally?

To be in with a chance, you have to hit all the correct roads first time; keep sharp in the formidable heat; and work out your route through a maze of busy Chinese streets and quiet country roads, all the while coping with maps bouncing around the car.

The ability to maintain precise average speeds over long periods is often scorned by racing types, but it demands teamwork, good driving and quick thinking.

What is the prize?

There are prizes for 1st, 2nd and 3rd place, and prizes for the best driver and best navigator.

There are prizes for the cars too, including most historic vehicle; most powerful engine; most photogenic vehicle; vehicle of greatest historical significance; best restoration; most classic vehicle; most environmentally friendly vehicle; and most popular vehicle.