Juliana Vasconcelos: "My advice to any girl on a difficult path in life? Never, ever, give up."

To mark International Women's Day 2020, Juliana Vasconcelos shares the incredible story of her journey to become an engineer, with its far-reaching lessons about determination and the will to succeed 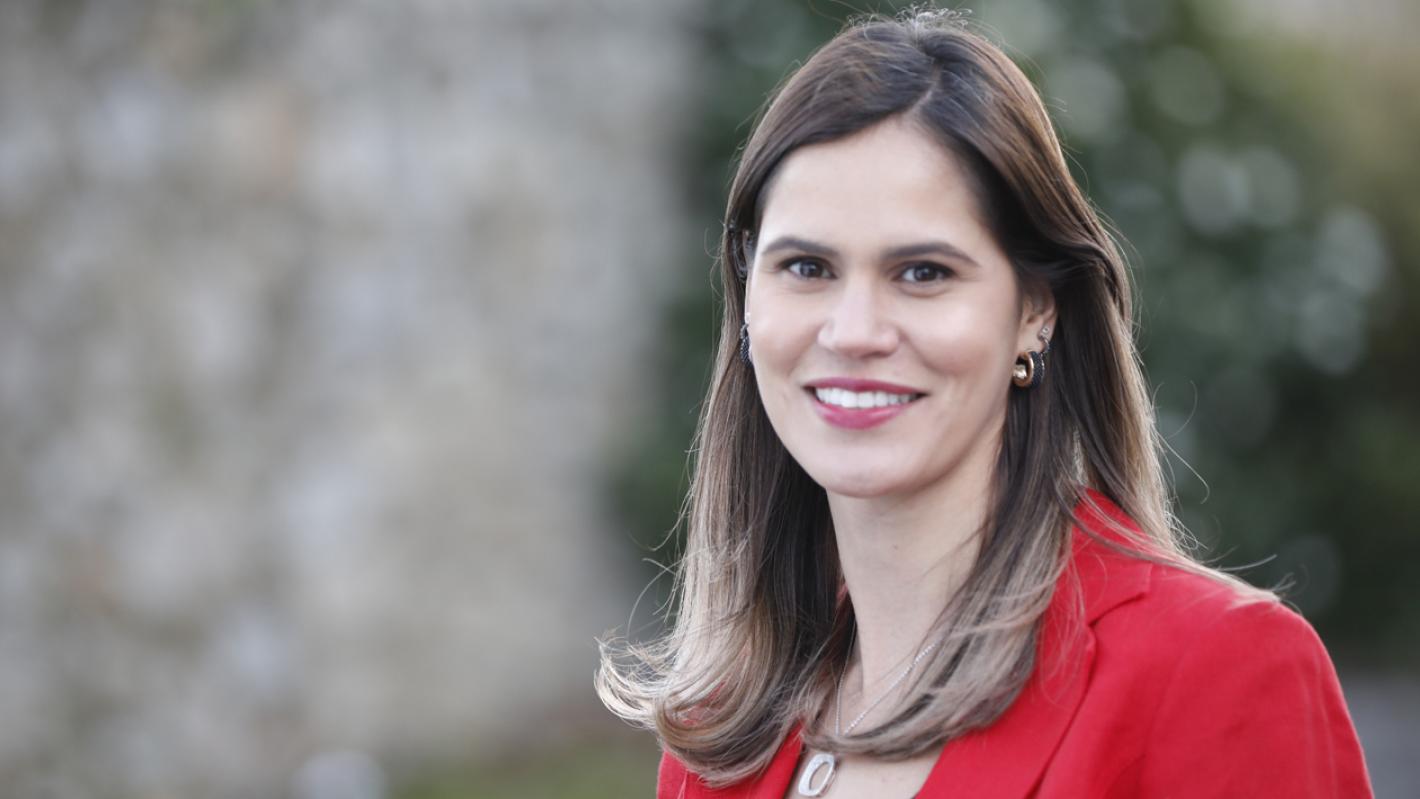 I grew up in Brazil, in a family with very little money.  The youngest of four children and the only girl, I got my first job while still in high school.  In my senior year, a group of my friends decided to go to a careers fair at the Universidade Federal de Minas Gerais (UFMG), the most prestigious university in my hometown of Belo Horizonte.  None of my family or relatives had gone to university, so I was curious and went along too.

As I loved maths and physics in school, I decided to attend a presentation given by the Department of Civil Engineering.  The lecturer discussed various civil engineering projects around the world before explaining that the top performing student in the final year of the programme would be given the opportunity to complete a double degree with a university in France, École des Ponts ParisTech.  From that moment on, I dreamed of becoming an engineer.

The odds were stacked against me. UFMG had one of most competitive and selective admission processes in the country.  I was determined to succeed, however, and I dedicated the next 12 months to studying for the entrance exam.

I needed private tuition to prepare for the exam, so I worked from 6.00pm to midnight each evening taking pizza orders at a restaurant to help pay for it.  My routine involved waking up at 5:30 am, attending classes in the morning, spending the afternoon in the library and then going to work.

It was an intense year.  I got three to four hours sleep a night, and I had no social life.  Many people advised me to give up because they thought it was too much effort, without any guarantee of success.  But I always believed in miracles, and when I was accepted into the class of 2008, I understood why.

I got high grades across all my subjects in my first semester at university, so I knew I had a real chance of competing for the college place in France.  Over the next three years, I built up my portfolio while at the same time studying hard to keep up my grades, undertaking research work and attending classes.  I used my research scholarship to pay for French lessons.

Once again, my hard work paid off, and I was accepted by the École des Ponts ParisTech - one of only five students from the university to do so.  With a scholarship from the French organization, Campus France, I was on my way.

During my three years at École des Ponts ParisTech, all my subjects were taught through French. To validate the degree, however, students had to first pass an English exam. Unfortunately for me, I couldn’t speak a word of English.  During the academic year, I spent my weekends and holidays with a family in England trying to improve my language skills, but it wasn’t enough, and I failed the exam.

Desperate to re-sit the exam and graduate with my class, I used the last eight thousand euros from my Campus France scholarship to come to Ireland to study English.  It proved to be a good decision because I eventually passed the exam and graduated in June 2015.  I was finally ready to look for my first job as an engineer.

As Brazil was going through an economic crisis in 2015, I applied for jobs across the EU, but mainly in Ireland. I naively thought that, with my qualifications, the doors would open for me. Without a work permit, however, it was next to impossible. While applying for jobs and attending interviews, I accepted whatever work I could find, including working as a cleaner in UCD’s student accommodation and taking care of the elderly.  I even worked as an extra on the TV show ‘Vikings’.

After many unsuccessful job applications, and with time running out on my student visa, I had no choice but to apply for unpaid internships.  I thought that if I had to return to Brazil, I had better get some industry experience behind me.  I secured an internship at an engineering consultancy in Dublin, which led to a graduate position, and my journey to become a professional engineer began in earnest.

Three years later, I applied for a bridge design engineer position at Roughan & O'Donovan (ROD). I had always admired the company for its bridge projects, the Samuel Beckett Bridge in particular, so when I was offered the role, I was thrilled.

At ROD, I have received great support from my team in terms of developing my skills.  I have also been given the opportunity to work on a wide variety of projects.  I’m now looking forward to seeing my first bridge being built and, one day, I hope to design a bridge like the Samuel Beckett Bridge.

My advice to any girl who finds herself on a difficult path in life is to have the courage to shape your own future.  Even if at first you fail, and everyone around you is advising you to give up – keep going.  Who knows what unexpected opportunities may come your way!