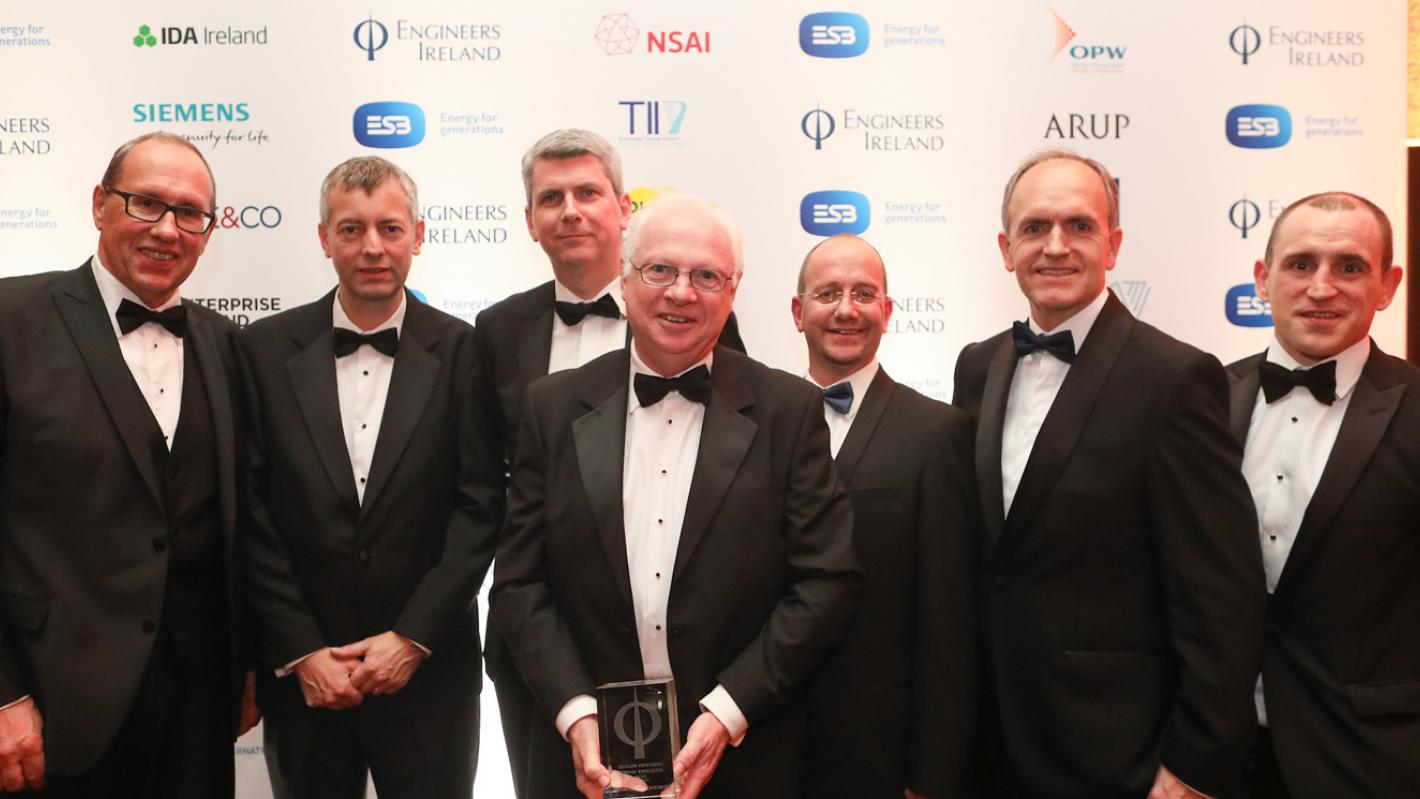 The award is in recognition of the company’s outstanding work on the Northern Spire Bridge in Sunderland.

Sunderland City Council’s £117.6m landmark bridge over the River Wear is the first road bridge to be built in the city in more than 45 years.

At 336m long, the cable-stay bridge comprises a 24m-wide deck, supported by a 1,550 tonne, 105m-high A-frame pylon.  The pylon was manufactured in Belgium and transported to site by barge, before being pivoted into position using temporary ground anchor cable systems.

The bridge carries 27,000 vehicles daily and opens up miles of post-industrial river bank for regeneration.

The architectural requirements of the bridge pushed the limits of engineering and challenged the project team to demonstrate ever-increasing levels of creativity and technical skill as the project progressed.

The team responded to the challenge, and from designing the bridge pylon foundations as high capacity bored piles with long rock sockets in Coal Measures Mudstone to using a novel, phased construction and erection sequence to launch the bridge deck, there was much to impress the judges.

Each foundation design had complex interactions as the bridge deck was launched from the southern approach embankment; a pile-supported basal reinforced platform designed for both temporary and permanent requirements and eventually faced with reinforced earth segmental blocks.

The team successfully designed the pile supported embankment as the launch-pad to push out the main bridge-deck over the river and cast it through the main pylon through clever use of temporary support structures.

This was a critical decision that required rigorous fundamental analysis to support it, as pile-supported embankments are vulnerable to imbalanced lateral loading and have been the cause of many past bridge failures.

The preliminary load test for the main pylon foundation incorporated two Osterberg load cell units installed in conditions proven on the river-bank to be representative of the main foundations.

This gave precise knowledge of the material’s strength and capacity via a full-scale cylinder crushing test deep in the ground exceeding the limits of normal static load testing to confirm the exceptional foundation design of 24MN per pile.

One of the earliest findings of the test was that the main survey reference datum was actually fluctuating up to ±2mm with the tides, but this was easily corrected.

'It was an incredibly challenging and complex infrastructural project – the kind that doesn’t come along very often. The raising of the central pylon and the launch of the bridge deck across the river were particularly satisfying, as they could not have been achieved without the dedication, determination and skill of the entire team.'

He added: 'We share this award with our design partners on the project, Buro Happold, our client Farrans Victor Buyck Joint Venture, piling contractor Quinn Piling and specialist Fugro-Loadtest.'

'I am delighted to see the team receive the recognition they deserve for their work on the project.  At every critical stage in the process, the team paused, thought and came up with new design and construction solutions to address the complex environmental and geotechnical challenges presented.'