After an intensive programme of inspection followed by an initial repair, ROD undertook real-time monitoring, design of alternative supports and site support during construction 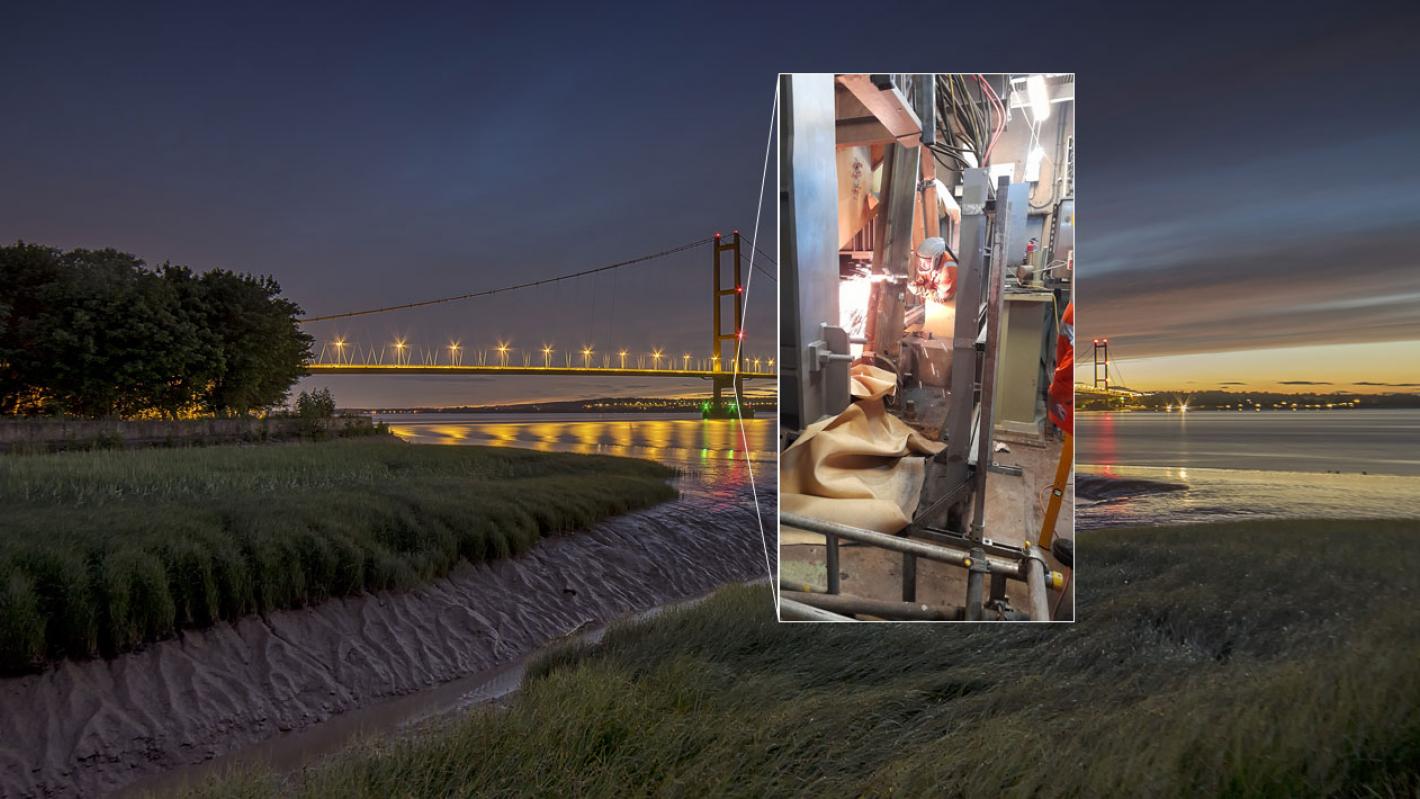 An analytical model of the Humber Bridge.

Our finite element analysis of part of the damaged A-frame. 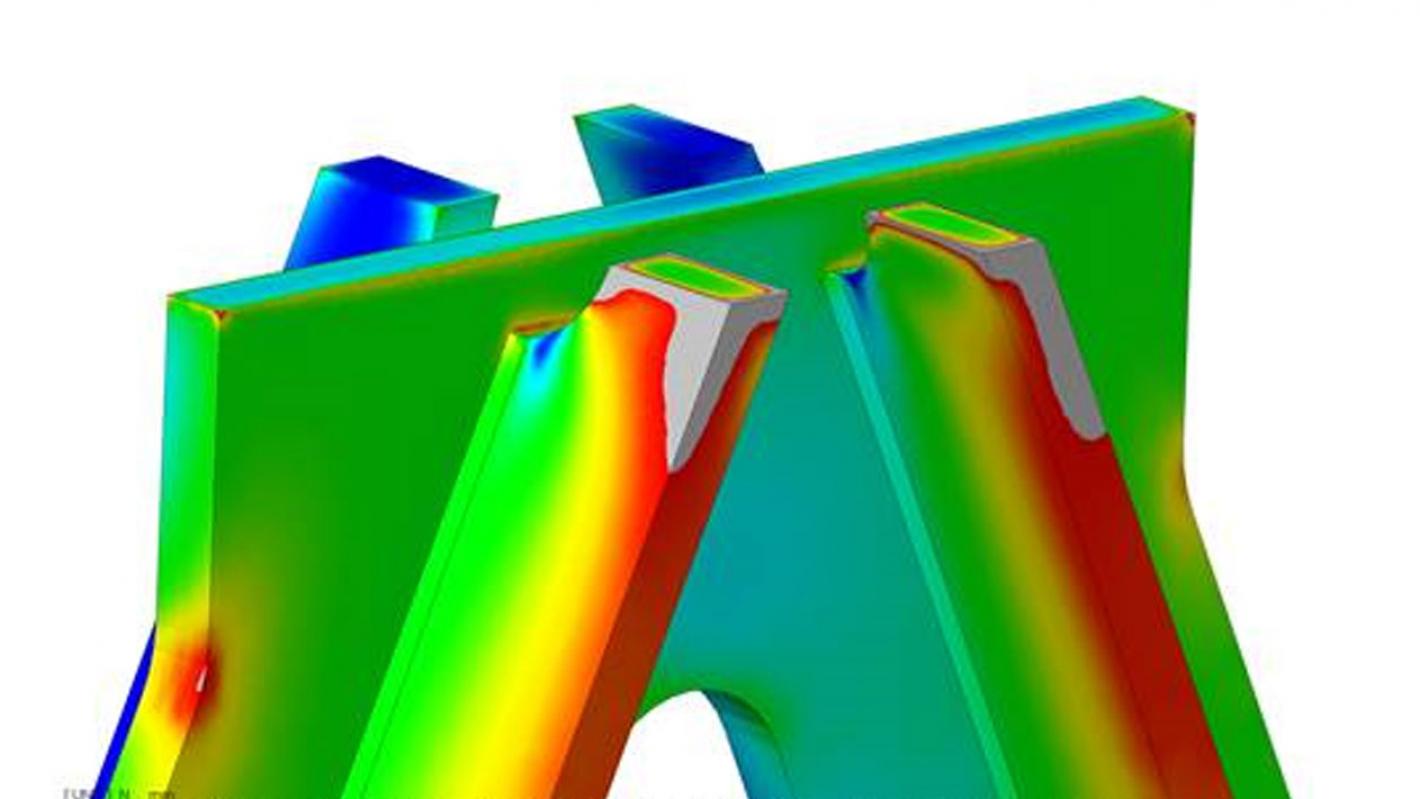 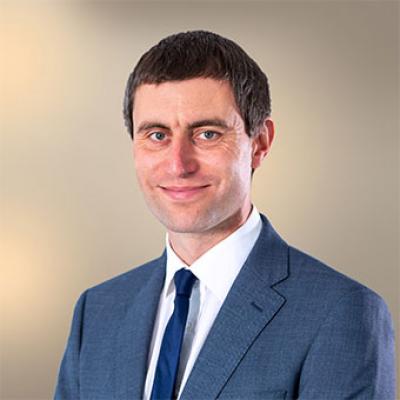 When the Humber Bridge first opened in 1981, it was longest single span suspension bridge in the world - a distinction it held until 1997. The Grade I listed bridge across the River Humber Estuary has a main span of 1410m, with a 280m side span on the northern Yorkshire (Hessle) bank and a 530m side span to the southern Lincolnshire (Barton) bank. The structure carries the A15 dual carriageway and two footways on a steel deck box, with most of the bridge’s load being transferred up its hangers and into the main suspension cables. The cables pass over reinforced concrete towers, each made up of two legs with four cross-beams. The lowest cross-beam at each tower is below the bridge deck, and the road passes over these with deck discontinuity created by an expansion joint. Bearings on the lowest cross-beam support the bridge deck.

As a large structure, the Humber Bridge experiences significant induced longitudinal movements from thermal, wind, and traffic loading - up to a range of almost 2m for the main span. In 2015, the main span bearings were replaced, with the end of each side span continuing to be supported on pairs of A-frame rockers, which are “A” shaped steel frames with a pin bearing at each apex. The top bearing is connected to the deck box, and the bottom bearings are connected to the tower portal beam. The A-frames are subject to loading in both tension and compression. They also transfer wind loads but allow for longitudinal displacements by a rocking motion.

In February 2020, Storm Ciara brought winds of more than 90mph to the UK, and forced the closure of the Humber Bridge for only the second time in its almost 40-year history. On its reopening, the bridge owner, the Humber Bridge Board (HBB), identified that the A-frame rocker bearings to the side span at Barton Tower had suffered damage and invited ROD to attend site the next day.

ROD identified the possible consequences of the defect deteriorating further and suggested that structural mitigation works were required. Given the implications of our assessment, a second opinion was sought by HBB, and AECOM subsequently concurred with our findings. This led to the decision to impose local lane closures on the Barton span to facilitate the daily inspection and monitoring and to limit loading during this investigatory period.  Whilst the bridge remained open, ROD and AECOM undertook the necessary inspections and devised an emergency repair that could be implemented quickly. The emergency repair works involved welding strengthening steel plates around the defect, and these were installed in March 2020.

While the cause of the defect was thought to be related to the seizure of the A-frame bearing pins, this was difficult to confirm. Drawing upon our research and development team’s expertise in structural health monitoring (SHM), ROD developed a specification for the installation of over 50 gauges. Once installed, the gauges provided valuable output during an overnight load trial involving a convoy of lorries during July 2020. This showed that the Barton Tower side span A-frames were not functioning correctly and, even with the additional support provided by the emergency repair, the A-frames required additional temporary works. In December 2020, with the emergency repair starting to signs of distress following a series of storms, the findings of ROD’s inspections and investigations, and analysis of the SHM outputs, resulted in further repairs being undertaken.

With daily inspections by HBB and weekly monitoring by ROD ongoing, tenders were sought for the design of temporary replacements for the A-frames. Working with AECOM, ROD successfully won the tender and undertook the design during 2021. This included a novel arrangement of a standard spherical sliding bridge bearing to take downward loads, with a separate load path designed for upward loads. Drawing on our experience in modelling cable supported bridges, such as the Northern Spire Bridge in Sunderland and the Mary McAleese Boyne Valley Bridge in Drogheda, ROD built a nonlinear finite element model of the Humber Bridge. Following the development of the concept design with AECOM, ROD then acted as category 3 checker for the detailed design.

An ambitious construction programme was devised to ensure the temporary replacement would be installed ahead of winter 2021/22. ROD delivered support throughout the construction process, including providing specialist comment on the structural steel during fabrication and again during trial jacking. On the night of 9/10 October 2021, ROD attended site during the final jacking when the loading was transferred from the A-frames onto the new bearings.

The works undertaken required a detailed knowledge not just of the Humber Bridge and its behaviour but also of the challenges of construction on a large, moving structure.

The project provided a great opportunity for our UK bridges team to showcase the depth of their capabilities, supported by the broad range of technical experience across ROD and ROD-IS.

Learn more about our work on complex bridge projects