A new chapter for Tirchonaill Bridge in Donegal

The Eye on Donegal recently caught up with Roughan & O'Donovan's Peter Kennedy, who is currently working as the engineer on the Tirchonaill Bridge project in Donegal Town.

Margaret Gallagher, The Eye on Donegal 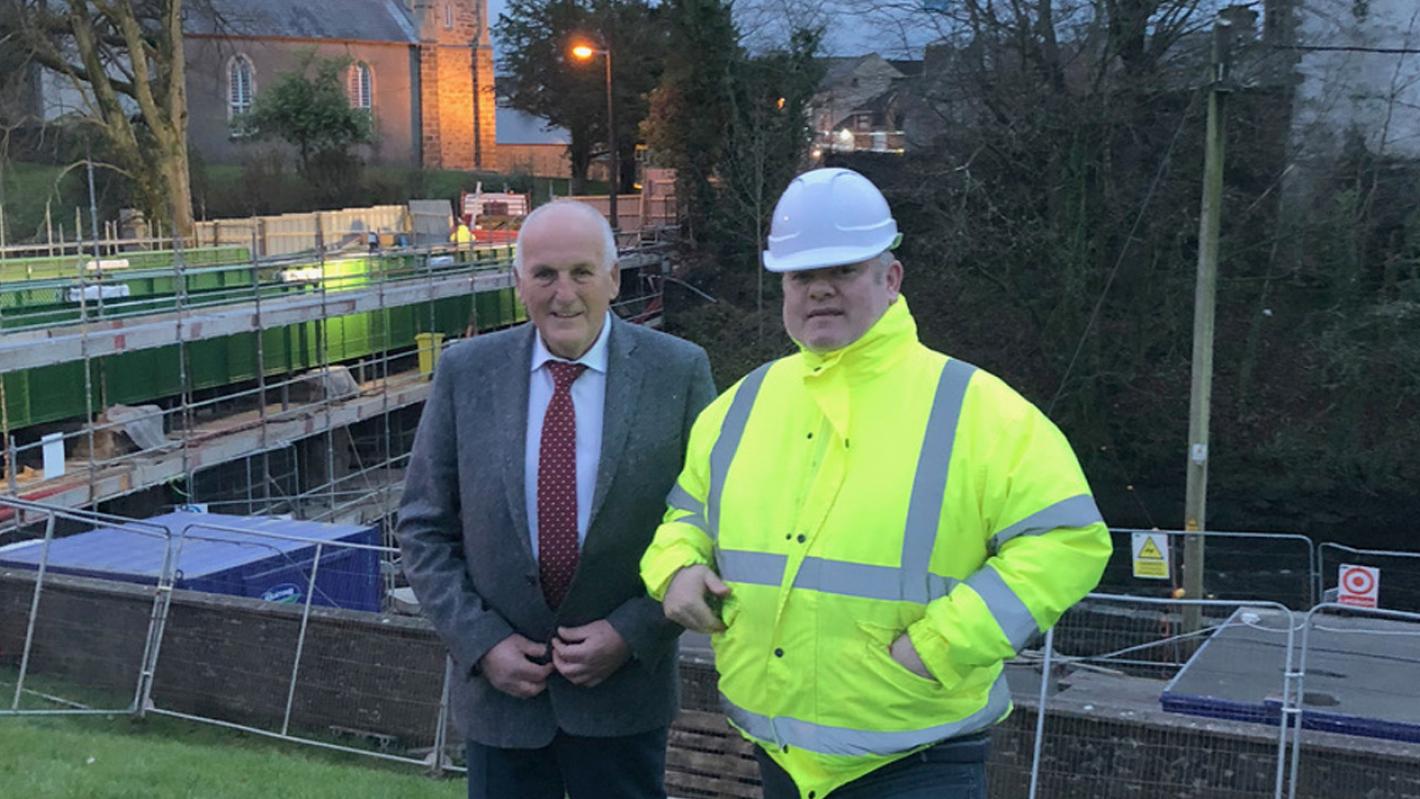 The new green panels of the bridge being lifted into place. 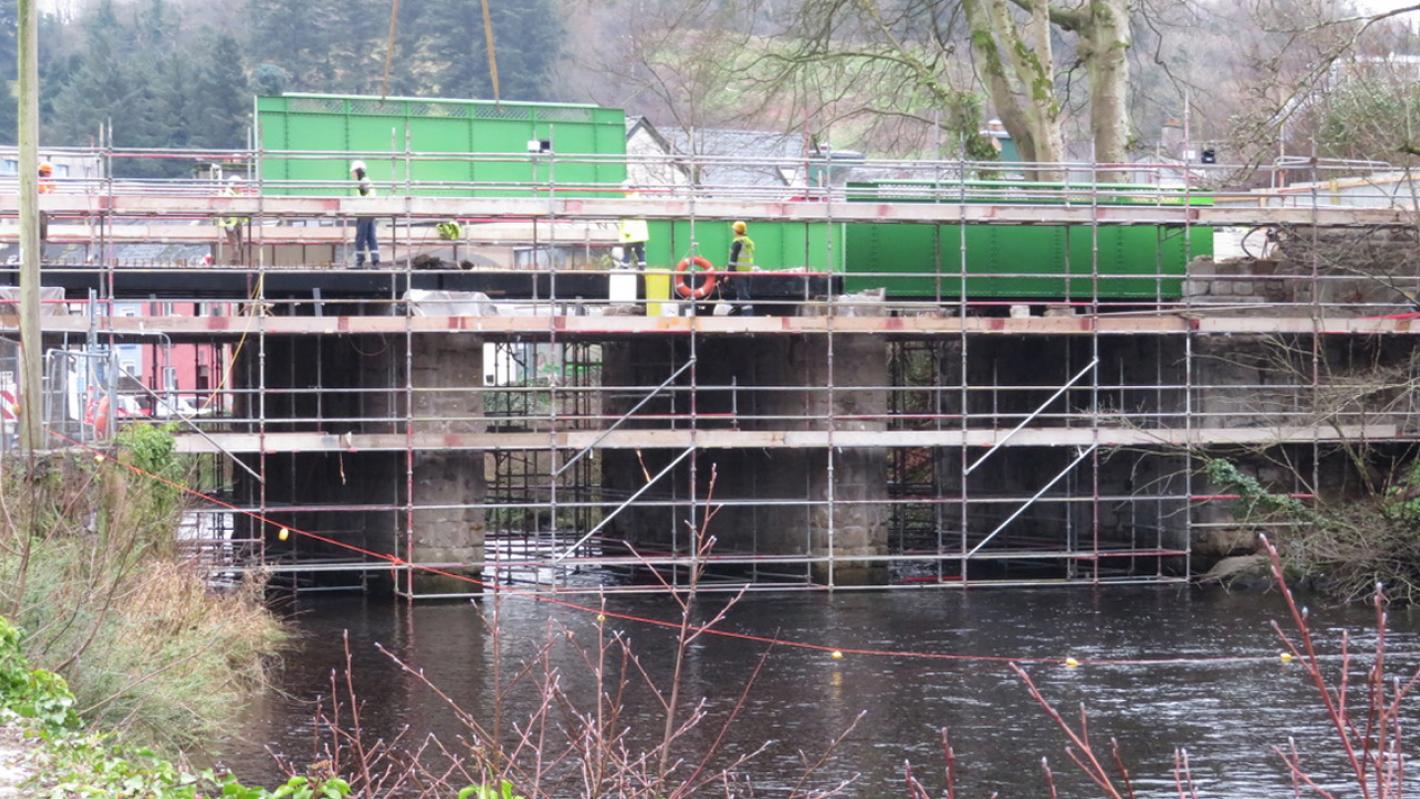 Although born in Belfast and brought up in Canada, ROD's Peter Kennedy is no stranger to Donegal and the 123-year-old Tirchonaill Bridge.

'On visits home to see my uncle and aunt, Terry Woods and his late wife Mairead, in Donegal Town, I would play around the castle, so I am very aware of the history of the bridge and how important it is to the fabric of the town and to the people of Donegal,' he said.

Work on site started last August, and the new bridge, which was fabricated in Tipperary by Mackey Engineering, arrived in December.

The stone on the original steel bridge, which was constructed in 1895, has been used again in the reconstruction, and the parapet, which was previously low and somewhat hazardous, has been raised.  A lattice along the top of the parapet is part of the new design of the bridge, which is green in colour.

'Under the original bridge, we found a spud wrench and a stone mason's chisel embedded in the mortar and in very good condition. The chisel could be 123-years-old, and both it and the wrench are now with the county museum,' he said.

'Weather conditions were very much in our favour during construction, and the great team of workmen from LM Keating have taken great pride in their work, with their project manager being a local man, Barry Doherty, from Inver,' he added.

The plaque carrying the name, Tirchonaill Bridge, is still in place, and there will be double lighting on the bridge and underneath it, making this area of the town brightly lit.

Peter concluded, 'I have worked all around the world on major jobs, but I have to say I have enjoyed this project more than most.  All going to plan, the bridge will be finished on schedule at the end of January, and hopefully it will be here for the next 300 years.'