Northern Spire Bridge in Sunderland, UK: Winner of the BCIA Transport Project of the Year award 2019. 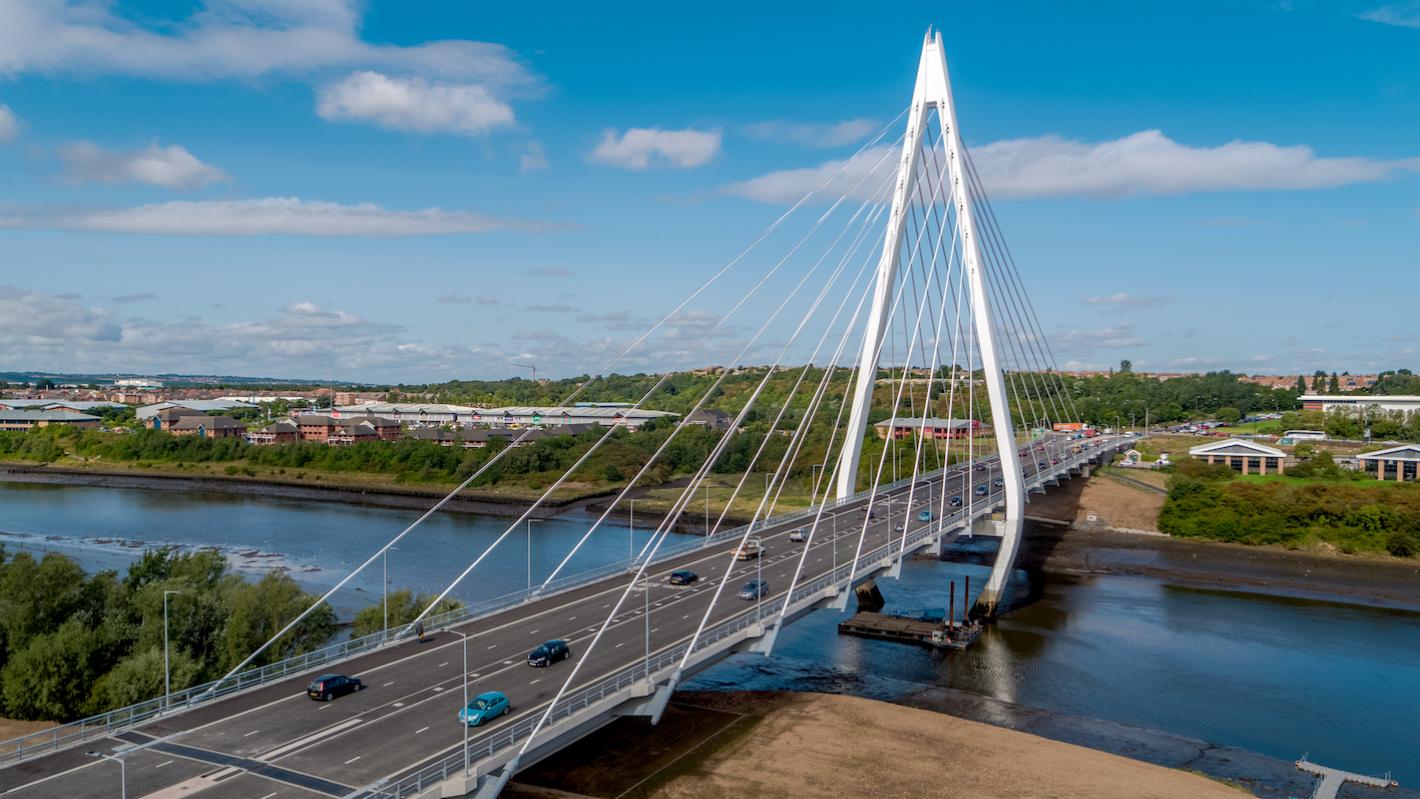 Northern Spire Bridge in Sunderland has been named Transport Project of the Year at the British Construction Industry Awards.

The bridge, which was designed by Roughan & O’Donovan in joint venture with Buro Happold, was selected as winner from a shortlist of seven, the other entries being Dover Western Docks Revival Scheme, Ely Southern Bypass, Hackney Wick Station, Victoria Station Upgrade, Wessex Capacity Alliance and Wigan Bus Station.

In a citation accompanying the award, the panel of judges, including Peter Molyneux, Major Roads Director, Transport for the North, and Shaun Pidcock, Major Projects Director, Highways England, congratulated the team on an “exemplary project” with the “potential to drive economic growth around it, improving safety and community pride.”

This award is a tribute to the passion and commitment of the entire project team, whose readiness to push design parameters to new levels and ability to cope with the considerable complexities involved made the bridge such a compelling creation

The British Construction Industry Awards, now in their 32nd year, are the most prestigious awards in the built environment sector, with winning projects and teams rightly recognised for their achievements within the industry and the public at large.

The awards seek to recognise and reward excellence in project delivery and, crucially, delivering outcomes for society and call on the whole project team - client, architect, designer and contractor.