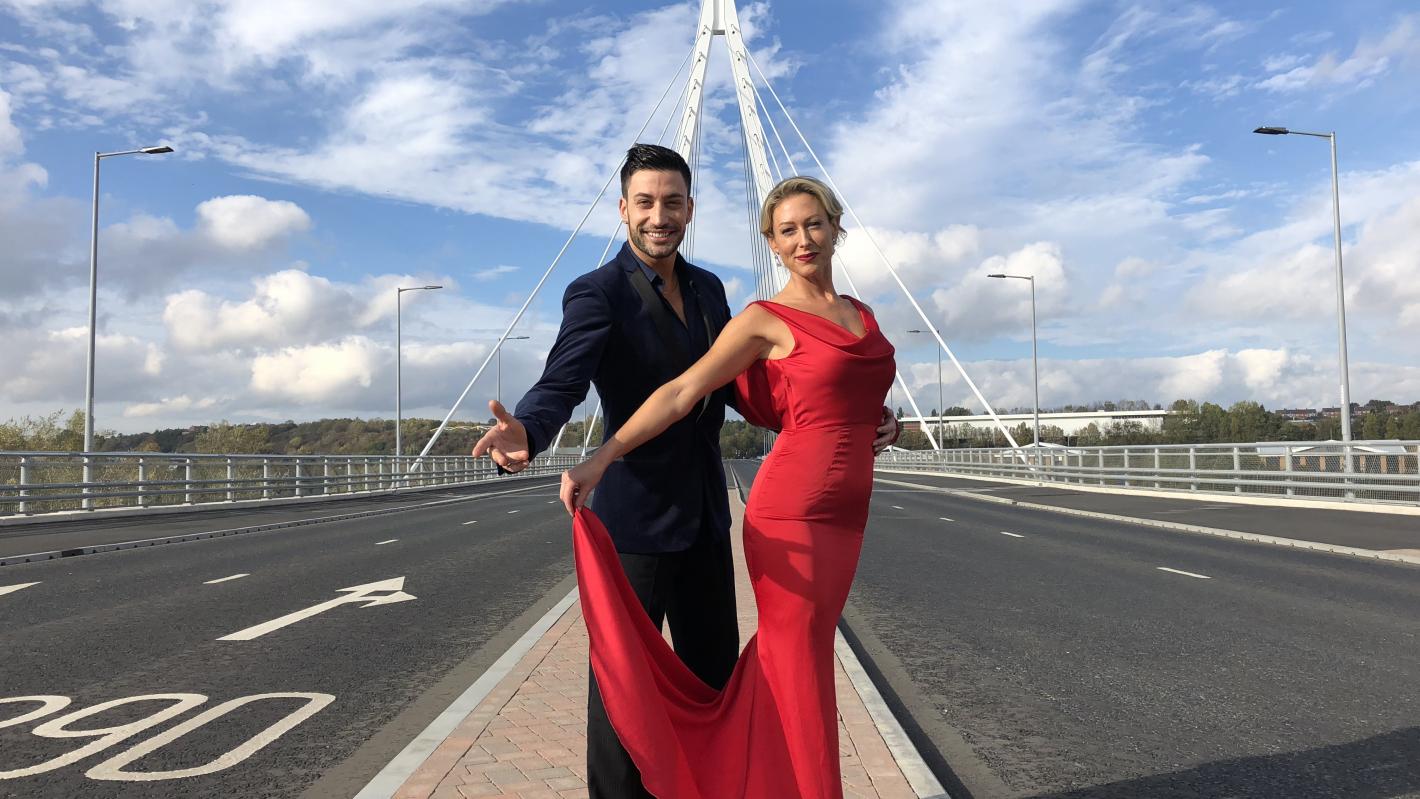 An audience of 11.9 million watched as the bookmakers’ favourite, Faye Tozer and Giovanni Pernice, paid a visit to Sunderland to practice their foxtrot routine under its stunning 105m-tall central pylon.

The bridge-deck provided a perfect stage for the talented couple, who danced beautifully as the television cameras rolled.

For Tozer, who lives in the city, it was a very special moment: 'I’m very proud and honoured to have had the experience of dancing across Northern Spire. It’s a beautiful bridge and the views across Sunderland are pretty amazing.'

Pernice, who is enjoying his fourth series on Strictly, was equally impressed by the bridge and its stunning location on the River Wear, describing it as ‘a really nice place to be rehearsing.’

The couple’s star quality shone through at the live show, and their footwork won praise from the show’s four judges, who awarded them an impressive 33 points.

Leader of Sunderland City Council, Cllr Graeme Miller, himself a Strictly-fan, thanked the public for their patience and understanding when Northern Spire closed for a short time to enable filming to take place.

He urged the ‘whole of Sunderland to get behind the dancers and vote them through each week, so they make it to the final in December.’

Strictly’s celebrity dancers are not, however, the only ones competing for public votes at present.  Northern Spire Bridge has been shortlisted for this year’s Engineers Ireland Engineering Project of the Year award, and the winner will be decided by the Irish public.