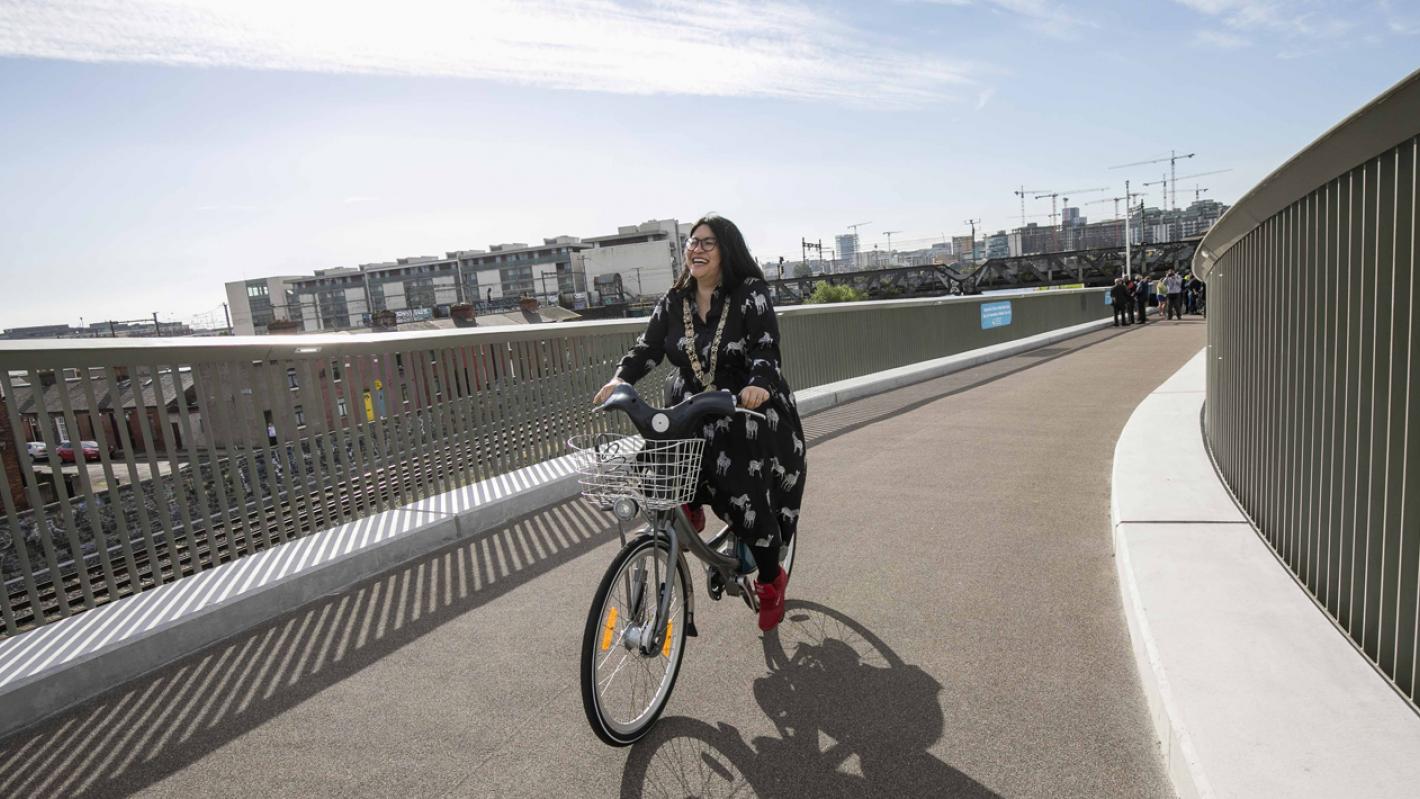 Cyclists crossing the viaduct following the official opening of the second phase of the Royal Canal Greenway on Friday, 31 July 2020. Image courtesy of Dublin City Council. 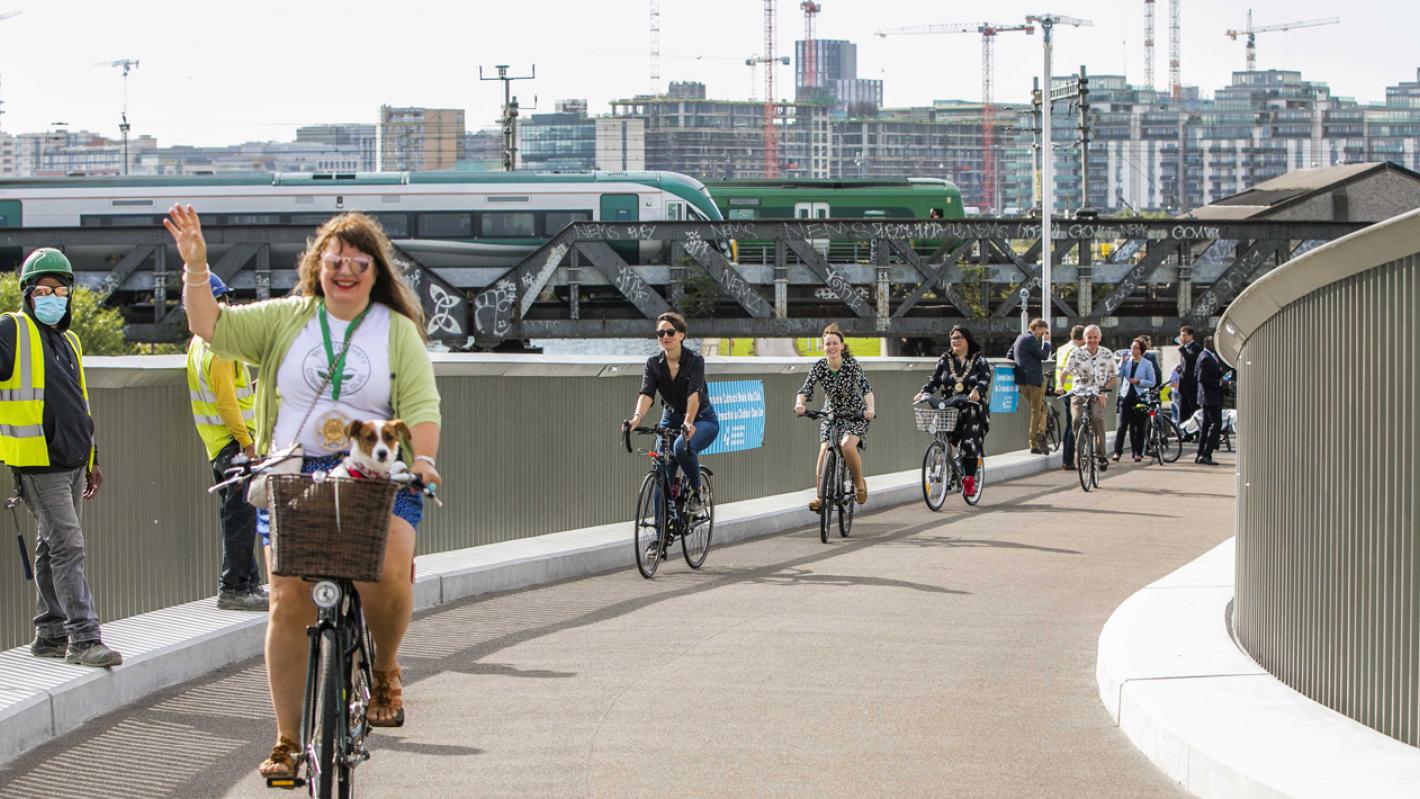 The second phase of the Royal Canal Greenway, designed by ROD, was officially opened by Lord Mayor of Dublin, Hazel Chu, last Friday.

The greenway is a key component of Dublin City Council’s plan to provide a high-quality pedestrian and cycle network across the city. Described by Minister for Climate Action and Transport Eamon Ryan as “a great example of the type of high-quality infrastructure we need to develop to facilitate more people choosing active travel as part of their everyday life,” it is just one of several sections of a national cycle route that ROD has progressed through the design and construction stages.

The newly opened section of the greenway will significantly enhance the linkage between the city’s docklands and the rest of north Dublin and westward as far as Cloondara in Longford.  It will create an orbital walking and cycling route intersecting all of the main radial routes into the north city centre.

The new phase will connect southwards to the previously completed first section of the route at Spencer Dock and onward across the River Liffey via the Samuel Beckett Bridge to the Grand Canal Cycleway, thus providing a ring route around the eastern side of the city centre.

The scheme involved reopening and landscaping 750m of canal bank between Sheriff Street and North Strand Road, upgrade works at the junctions at each end, construction of a new viewing plaza adjacent to Sheriff Street Bridge, and retaining and quay wall rehabilitation works in an area of rich industrial heritage.

A new 112m long, seven-span composite box girder viaduct crossing the Maynooth railway line was also constructed as part of the scheme. Designed as a simple, sculptured, sinuous structure, the Royal Canal Viaduct sits in harmony with its surrounding environs and infrastructure. The bridge deck is monolithic with six tapering steel piers.  It is supported on a concrete pier at the support closest to North Strand Road and on a concrete abutment at its eastern end.

A new pontoon has also been installed on the canal to facilitate the mooring of both pleasure craft and canoes.

Our team consulted with multiple stakeholders, including Dublin City Council, Irish Rail and Waterways Ireland, during the development of the scheme.

The project was constructed by Jons Civil Engineering.

Learn more about our cycling and pedestrian projects