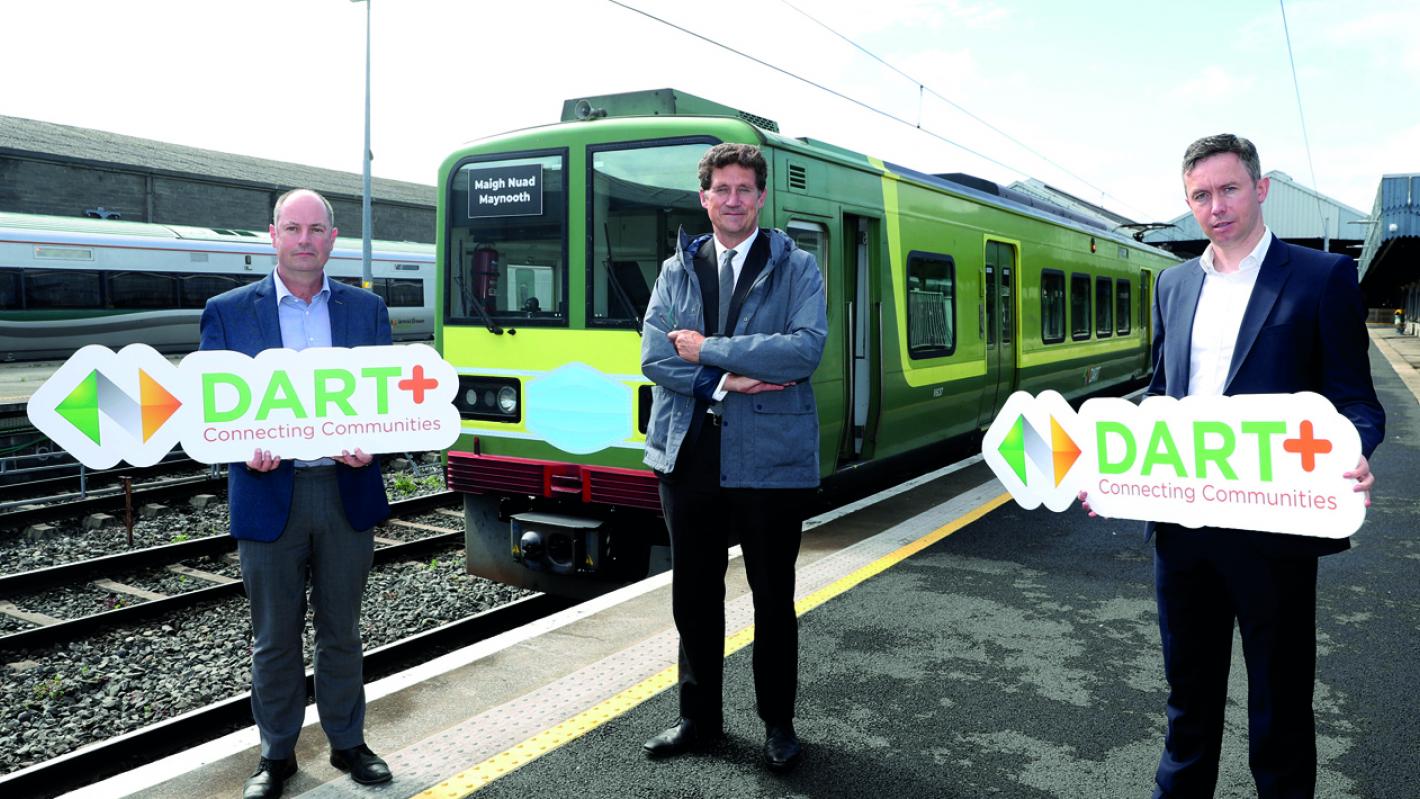 The first phase of public consultation for DART+ West, the project which provides for the electrification of services on the Maynooth and M3 Parkway lines, was launched by the Minister for Climate Action, Communication Networks and Transport Eamon Ryan TD on Wednesday, 26 August.

The public consultation is designed to give local communities and stakeholders an opportunity to provide feedback on the emerging preferred option.

DART+ West is the first phase of the DART+ Programme (formerly DART Expansion), which aims to significantly increase capacity on all the rail corridors serving the Greater Dublin Area.

The programme involves the electrification of services on the Maynooth, Drogheda and Celbridge lines, the purchase of new DART trains and the upgrade of the existing South/ East line to Bray/ Greystones.

“DART+ West will have a hugely positive impact, not just at its terminal points in Maynooth and Dunboyne, but in areas like Glasnevin, Broombridge, Pelletstown, Ashtown, Castleknock, Coolmine, Clonsilla, and Leixlip, all of which will now be on an integrated, electrified, fast and reliable, rail network. If we are serious about reducing greenhouse gas emissions – and I know I am – this is precisely the kind of project that should be happening.”

ROD has, as sub-consultant to IDOM, worked closely with Iarnród Éireann and the National Transport Authority (NTA) to manage the preparations for the public consultation.  The process was led by our Associate, Barry Corrigan, who ensured the successful completion of key tasks including:

The phase one consultation will remain open until 23 September.  The Preferred Option consultation is planned for later in 2020.  The Railway Order application is expected to be submitted in Q2 2021.

Full details of the DART+ West public consultation – first phase are available to view at www.irishrail.ie/DARTMaynooth

Learn more about our work on public transport projects